Friday the 13th has a well-earned reputation as one of the most venerable horror franchises in history, but despite its formidable box-office success, its entries were mostly derided by critics and treated as slasher movie junk food. That junk-foodiness is so much of the appeal, though: this is a series of incredibly low density, even less than contemporaries Halloween or A Nightmare on Elm Street. They are intellectually disengaged, basally pleasing movies, providing all of the notorious bottom-of-the-barrel thrills that the genre trafficks in. They're always short, always ridiculous, and typically entertaining on at least one level, with some really unfortunate exceptions. Ascending from "fucking dreadful": 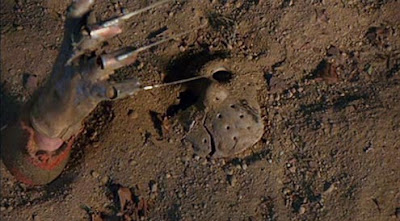 This is how Jason Goes to Hell makes me feel. It is pure profiteering garbage, a desperate bid from New Line to wring a few more dollars from Friday the 13th's corpse after acquiring it from Paramount. Not a drop of passion or talent went into crafting this cheap, muddy, incomprehensible mess, a movie that is often so poorly lit that you can't even see who's getting killed or how Jason's doing it. Aside from one technically impressive but overlong scene of a face randomly melting, this is 100% skippable. The theme song is hilarious, though, a sure sign of Harry Manfredini's complete disinterest in the franchise:

Jason Goes to Hell has the dubious distinction of being "non-canon," which means the fans hated it so much that they pretended it never actually happened. A New Beginning was in perhaps an even more awkward spot: it came hot on the heels of the immensely popular The Final Chapter, which had promised the ultimate and irreversible death of Jason Voorhees. Not wanting to defy continuity, director Danny Steinman and his three screenwriters (?!) concocted a workaround that involved not-really-Jason running around and killing the most annoying people on the planet. If the Mean Aggravation Quotient of a typical horror movie cast is 5, it's about 700 in A New Beginning. Lots of screaming, shrieking, hooting, hollering, and kill setups that are so protracted that you have to spend more time than you'd ever want with these banshees. Far from wanting these people to die, which was surely the movie's goal, you only want A New Beginning to be over as quickly as possible. 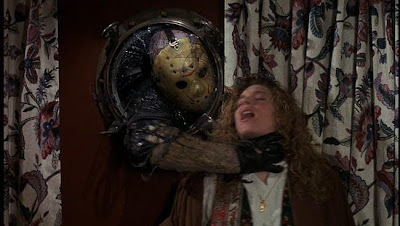 Though more proficient technically than Jason Goes to Hell or A New Beginning, Jason Takes Manhattan is too mean-spirited to really enjoy. The camera relishes Jason's ascent to apparent godhood, looming like an accomplice as he sloooooowly bears down on each of his trembling victims. The kills themselves are standard Friday fare, lingered on to a voyeuristic degree; this combined with the highest kill count in the series grants a quality of self-aware delight to the film's cruelty that leaves the viewer feeling kind of dirty. Having a final girl with a psychic link to seaweed-covered Baby Jason was a stupid choice, too. Nothing kills tension faster than an eight-year-old who looks like he wandered off the set of Double Dare. 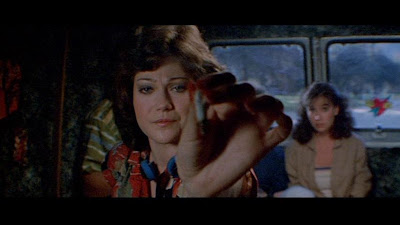 Friday the 13th Part 3 was the franchise's solitary foray into the third dimension, and it was exactly as cheesy as you'd suspect 1980s 3D might be. Lots of first person camera perspectives of characters getting their eyeballs poked out and being offered joints. It's a pretty fun flourish, even though I didn't actually watch the movie in 3D because I am not a fan of headaches. I just enjoy bad attempts to shoehorn 3D-friendly shots into a movie. Equally fun is Manfredini's balls-to-the-wall disco rendition of the Friday the 13th theme song, coupling handsomely with the visual gimmickry to create an entertaining portrait of horror in the early 80s. How's the movie, though? Boring as hell. The least distinguished final girl in the franchise, a limp plot, and only a handful of memorable kills leave this installment feeling surprisingly forgettable. 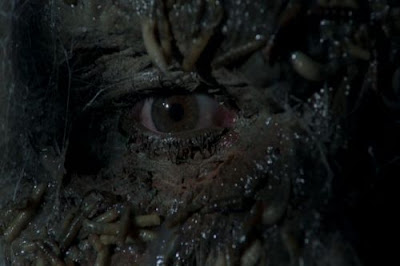 This is apparently popular with the fanbase for its "sense of humor," but I'll be damned if I can remember a single joke from it, except for the guy who gets impaled on a tree with a smiley face carved onto it. Kind of funny, I suppose. Like Part 3, though, Jason Lives doesn't have a whole lot going for it. The deaths are the tamest in the series and none of the characters are memorable. It's one of the more competently made entries in the franchise, but by this point these films required a more excessive approach. Jason Lives is too restrained for its own good. 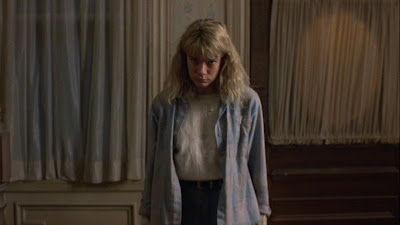 Make no mistake, The New Blood is abysmal. It's a poorly paced mess with no sense of threat whatsoever, mostly because final girl Tina has ASS-KICKING PSYCHIC POWERS! She is seriously scarier than Jason, slinging sharp objects and lighting him on fire with the power of her nonplussed glares alone. Lar Park Lincoln's full throttle performance doubles down the hilarity; watching this mousy basket case administer a telekinetic beatdown on one of the greatest horror villains of all time is too surreal to be ignored. Kane Hodder's debut as Jason is another unexpected bright spot in the film, as his impressive stunt work and sheer physical presence liven the proceedings when there's not much else to look toward. Not good, but definitely not boring. 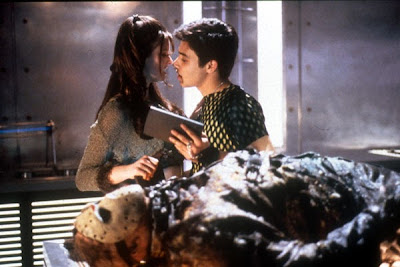 New Line took eight years to lick their wounds after Jason Goes to Hell was publicly and critically savaged. Then they released this. Gluttons for punishment, I suppose...BUT. Jason X is pretty funny and totally watchable, an absolute load of lovingly made dog crap. The films in the tail end of this franchise are best served by unabashed gory camp carnage, and though the kills here vary in quality, no movie that stars a kung-fu android with a raging case of nipple jealousy can truly be bad in my book. This was a substantial box office disappointment, unfortunately, which led to the series excreting one more ludicrous offering (Freddy vs. Jason, a waste of anyone's time) before receding into remake hell. This will not be to everyone's taste, but if you're in the market for absurd sci-fi horror, Jason X is worth a try. The one that started it all! From the blood-soaked prologue to the protagonist fakeout to a villain reveal that no one could ever have seen coming, much of Friday the 13th's success was pinned to its novelty. As an exercise in craftsmanship, it is simple and watertight, and there are surprisingly fewer kills than most people automatically assume. Sean S. Cunningham and Victor Miller devised a tale that wasn't fundamentally different from the slashers that preceded it, but instead peppered it with enough crazy plot twists and raunchiness to color the slasher subgenre for years to come. Its violence is dated, an inevitability for horror, which can make it easy to lose track of its influential standing. As a sustainable template for a franchise, though, Friday the 13th is unbeatable. 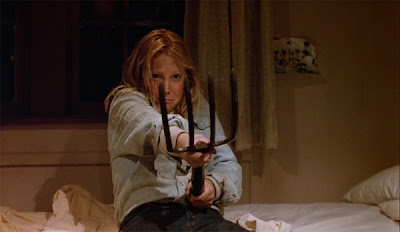 By all accounts, this should have been a studio rush job, hitting theaters less than a year after its massively successful predecessor. Friday the 13th Part 2 actually ended up better than the first, however, souping up the atmosphere while excising the occasional murkiness that dogged the original. Credit is also due to Amy Steel, who gives easily the most compelling performance in the franchise and is a final girl for the ages. Intelligent, proactive, a bit edgy and a bit sexual, Ginny is a character you can really root for, which is something of a rare commodity amongst the Friday the 13ths. The energy and craftsmanship on display in Part 2 elevate it past its unambitious conception; this is fine work overall. (Also features the hottest disabled character in cinema history.)

Meant to send Jason out with a bang (it didn't, of course, since this made so much goddamn bank), Friday the 13th: The Final Chapter would have ended the franchise on its highest note. For my money, this is the closest the series ever came to having a cohesive artistic vision, sporting the best camerawork of the bunch, courtesy of unknown director Joseph Zito and unknown director of photography Joao Fernandes. The way this movie plays with light and shadow is exceptional. It features the above insanity from Crispin Glover, bespeaking the movie's unashamed embrace of absurd comedy in absurd circumstances. The kills are great, buoyed by the clear and thoughtful geography of the two main locations, and the acting is the most consistent you'll see in the series. There are even two defenestrations, one of which involves a cool dog. The Final Chapter is way better than it had any right to be, and in my eyes remains Friday the 13th's high point...if you can get past Corey Feldman's ridiculous role in the ending, which comes thiiiiiisclose to ruining the film's impressive tension. Why Paramount decided to follow this underrated gem with A New Beginning is incomprehensible.
Posted by Drew at 5:38 PM