So I've started a lot of journals over the years. A Ujournal, way back in my freshman year of high school, and a Xanga shortly following. A Livejournal one year after, as if following some sort of pattern until my eventual graduation; I used that for a good long while until I started a more focused, special-interest blog devoted mostly to movies and video games and music and whatever cultural apocrypha I wanted to talk about. Along the way there have been innumerable side projects, including a Flixster that I still update and a Tumblr that I used for all of three days, but I always found something gratifying about long-form writing that lately I've kind of neglected.

This, my fifth attempt at consistently chronicling my reactions to things that other people make, is what I hope will be another step in this natural progression of online self-journalism. It's not that I'm necessarily doing it for the readership - I can only imagine that whoring this thing out to Facebook will keep people interested for so long - but it would be nice to have some sort of tangible product to show for many years' worth of efforts that were ultimately mostly personal. So begins, I hope, a new era of writerly diligence, one that I can hopefully rope a few like-minded friends into as well.

Stick around! In order to incentivize you, here's a picture of Foxy Brown. And by you I mean me. I'm going to pretend that she'll shoot me if I don't update this fucker regularly. You can just safely admire how cool she is. 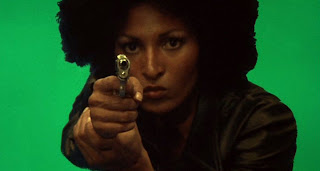