(Spoilers for both seasons.) 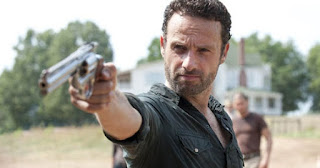 Rick
+ Has gotten very good at pointing that revolver in the exact same position every single time
+ Special policeman gun training
+ Some degree of common sense, which is I guess what allowed him to become king of all these yuk-yuks in the first place
+ Will go through hell and back looking for/saving/protecting your lost/dying/beleaguered ass
+ Leadership capabilities. Supposedly
- Leadership capabilities more or less amount to him looking sad or calling in support from a different, more persuasive cast member until he gets his way
- Has to lead this group around
- Is married to Lori
Value: 7. Definitely not who I'd put in charge of a bedraggled handful of humans staring down their own mortality, but it's not like this group has much of a choice. 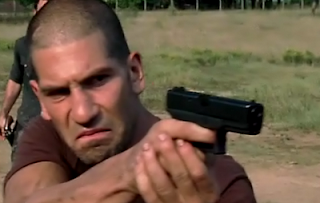 + Special policeman gun training, but presumably better
+ 'Roid strength/rage
+ "Survival of the fittest" ideology is quite often right, if not poorly expressed
- Psychotic alpha male tendencies make the above positives creepy at best and legitimately dangerous at worst
- Bizarrely territorial over things he perceives to be his own, such as a child, another man's wife, guns, other peoples' land
- Doesn't look as cool holding a gun as Rick
- Dumb
- Hates old people
- Hates women
- May rape you
- May shoot you in the leg while zombies chase you
- May break your neck
- Is dead
Value: 3. Being strong and good with a gun only gets worse when you put those traits in some sociopath bro. Brociopath? Fuck. 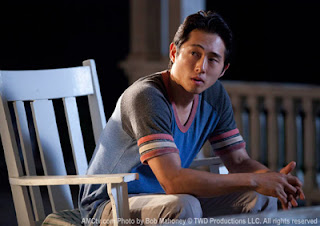 Glenn
+ Tons of practical skills at his disposal. Being a pizza guy apparently teaches you to be stealthy, maneuver through alleyways, retain city infrastructure, hotwire a car, shoot a gun...
+ Ungodly luck
+ Attractive
- Debilitating fixation on sex
- Allows himself to be the focal point of incredibly stupid plans, such as being lowered into a zombie-infested well by a rope
- Building off the previous, being a part of this group will almost invariably get him killed
- Doesn't really communicate with many people unless they're trying to use him as zombie bait
Value: 7. Great support value, but the poor bastard isn't long for this world. Just look at those sad eyes. He knows. 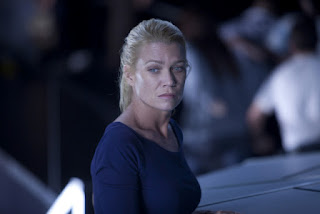 Andrea
+ Natural marksman, and will probably only get better as per the way the show is developing her
+ Vested interest in self-improvement
+ Will be the first to call a triflin' ho on her shit
+ Shares many of Shane's pragmatic attitudes but manages to temper them with some compassion/express them in a way that is not batshit
+ Smarter than most of her crew
- Smarter, for this show, is grading on a curve. When someone disobeys four different people and nearly puts a bullet in her friend's brain because he looks like a zombie and she still comes off looking like one of the group's thinkers there is something very wrong
- Overwhelming need to prove herself may potentially lead to a dumb death
- Gets really sad sometimes
Value: 6, potentially higher as the series progresses. As long as she doesn't get the sun in her eyes and blow your head off, you'd have a valuable asset by your side. 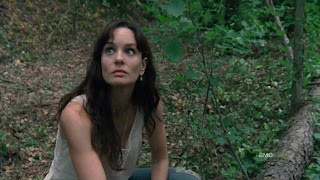 Lori
+ Long, willowy torso will take zombies a long time to eat, thus allowing you an opportunity to run away
- EVERYTHING EVER
- Complete inability to hold a consistent viewpoint (don't kill Shane I love him! You need to kill Shane! OH MY GOD WHY DID YOU KILL SHANE YOU MONSTER)
- No interest in teaching herself any self-defense skills; locked into oddly archaic gender roles and is thus content with laundry and cooking
- Crashed a car and nearly died in an incredibly stupid way within three minutes of her only attempt to take matters into her own hands
- Is mean to everybody
- Feels she is entitled to request the services of the competent members of the group for absolutely no reason, despite them having better things to do than get lotion for her
- Never has any idea what's going on but demands that her word be followed anyway
- Pregnant, because the one thing your retinue needs during the zombie apocalypse is someone who gradually moves slower and slower over the course of nine months and then has a noisy-ass zombie summoning baby to care for
- Terrible mother PLEASE WATCH YOUR GODDAMN KID IT IS YOUR ONE RESPONSIBILITY
Value: -2. Frankly, it's a wonder she survived this long WITHOUT the zombies. 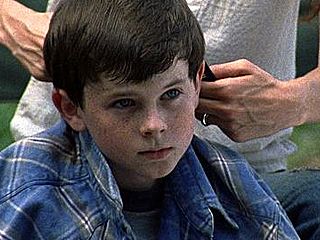 Carl
+ Is apparently a crack shot if he can hit Shane in the forehead from thirty yards away in the dark over his father's shoulder while trembling
+ Can escape his mom with Houdini-like reliability
+ Small and can hide in many places
- One of those places is never the house just stay in the house Carl please we are begging you
- Remains inexplicably oblivious to the dangers a zombie-ridden wasteland might hold after nearly three months
- Kids suck at stuff
- Dumb hat
Value: 2. At least he's not his mom. 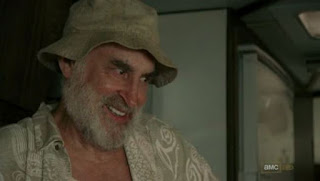 Dale
+ The wisdom of age or whatever; probably the smartest/most logical person in the group
+ The last bastion of humanity amidst a group who is slowly losing it
+ Often allowed to hold guns, even though I don't think I saw him shoot one over the course of either season?
- Eerily controlling and sanctimonious
- Will take your personal possessions away from you if he deems you unfit to hold them
- Is old
- Is dead
Value: 4. Brains can take you far, but with little else on your side in this ravaged world, they're mostly just zombie food. 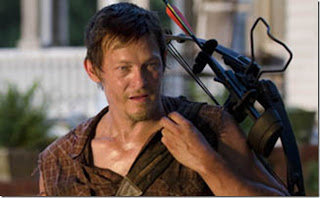 Daryl
+ Ostensibly the best shot in the group
+ Refuses to get involved with the dumbass drama swirling around him
+ Can track, is unbelievably hardy, will eat really gross things if it keeps him alive
- Kind of a dick despite that whole "secret compassion" thing
- Of all the people to get attached to, Carol?
- Hallucinates his brother as a lazy way of advancing the plot
Value: 8. For my money, Daryl is the first person from this group I'd take with me in a similar situation, though I doubt he'd cotton to my soft city-slicker ways. 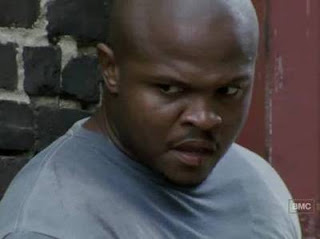 T-Dog
+ Who?
- But seriously, that cut on his arm was the lamest injury ever
- No chance to demonstrate any real ability because the writers usually just forget he exists
Value: 4. I dunno, maybe he's really strong or a mechanical prodigy or something. It's not like he's ever actually done anything on the show except grievously wound himself trying to hide behind a car. He'd probably just sit on a nail and bleed out after a week anyway. 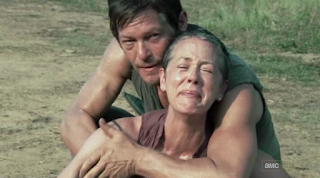 Carol
+ Misses her vibrator
+ Hair might be fun to touch
- Rarely opens her mouth to do anything but whine
- Has nothing valuable to contribute to the group; literally her only purposes in Season One were to facilitate Shane's beatdown of Ed and give Rick a grenade that she ~found in the laundry~
- Responsible for Sophia's birth, and consequently a painfully stagnant first half to Season Two
- Makes me wish Jamie Lee Curtis was on the show instead
Value: 0. This show is so unkind to its women. Hopefully Michonne will be better and not just some shrewish caricature who inexplicably changes her mind about everything every other episode.

Final Prognosis: Take Daryl, wish Rick and Glenn the best of luck, check in on Andrea in another year and leave the rest of these suckers the hell alone.
Posted by Drew at 10:12 PM

Email ThisBlogThis!Share to TwitterShare to FacebookShare to Pinterest
Labels: The Walking Dead, TV