(Written for The Film Experience's Hit Me With Your Best Shot series. Thanks, Nathaniel! So nice to have an excuse to actually write.)

Choosing a "best shot" from Under the Skin's tableaux challenged me not only because they are as gorgeous as they are diverse, but also because it's difficult to do them justice with only one still image. Conceptually the film's visual language is often powerful, if a little obvious at times; in motion it's true art, bounding between gloss and low-lit murkiness, dim shabby shacks and vibrant cosmic sunbursts, without ever seeming garish or inconsistent.

Initially I wanted to pick a shot from Johansson's touching "revelation" scene, in which she first contemplates the grandiosity of the humans around her in a montage of their moving gold-filtered figures, layered continually over each other, with her face eventually emerging in the center like a black hole. I found it too hard to get a screen capture that adequately captured the clash between its alien heroine's fundamental emptiness and her new sense of wonder. See below for an approximation: Instead, I chose a shot that, though perhaps not as meaningful as the rest of the film's loud composition, is subtle and fun while remaining expressive: 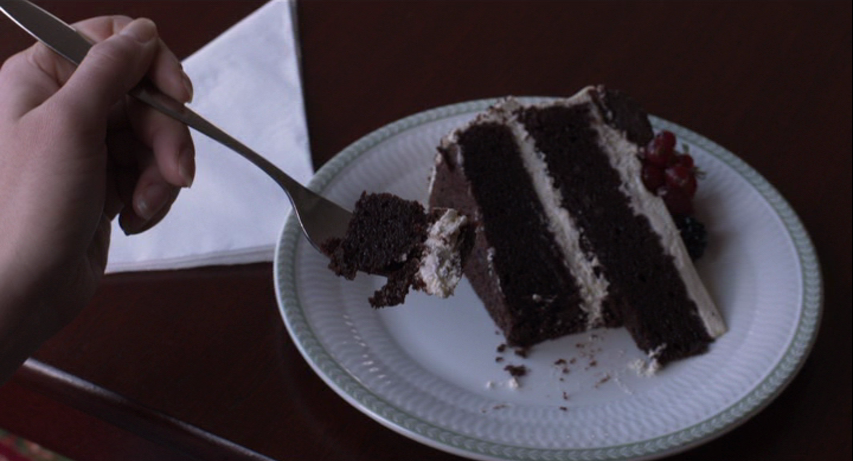 What do I love about this shot? The cake ScarJo orders essentially matches her costume's color scheme. 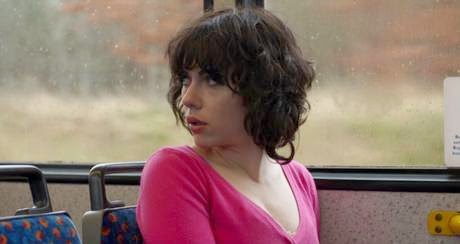 The big cluster of red berries (shirt and lipstick), the single black one (eyes), and the creamy off-white frosting (that delicate complexion) are all garnishes to the dark chocolate filling, a choice with a meaning that shifts from metaphorical to literal as our understanding of this creature changes.

I love the way the diagonal lines of the napkin, offset at equilateral angles by the diagonal lines of the fork, point directly to that one fateful bite of cake. I love the three concentric circles that ensconce it. As if Jonathan Glazer was concerned that we might miss the significance of this scene, the moment at which ScarJo realizes that the pleasures of our species are unattainable for her, he uses every element of the mise-en-scene to put a laser focus on the subject of this long, deliberate close-up.

And I mean, it's cake. How can you not love it? 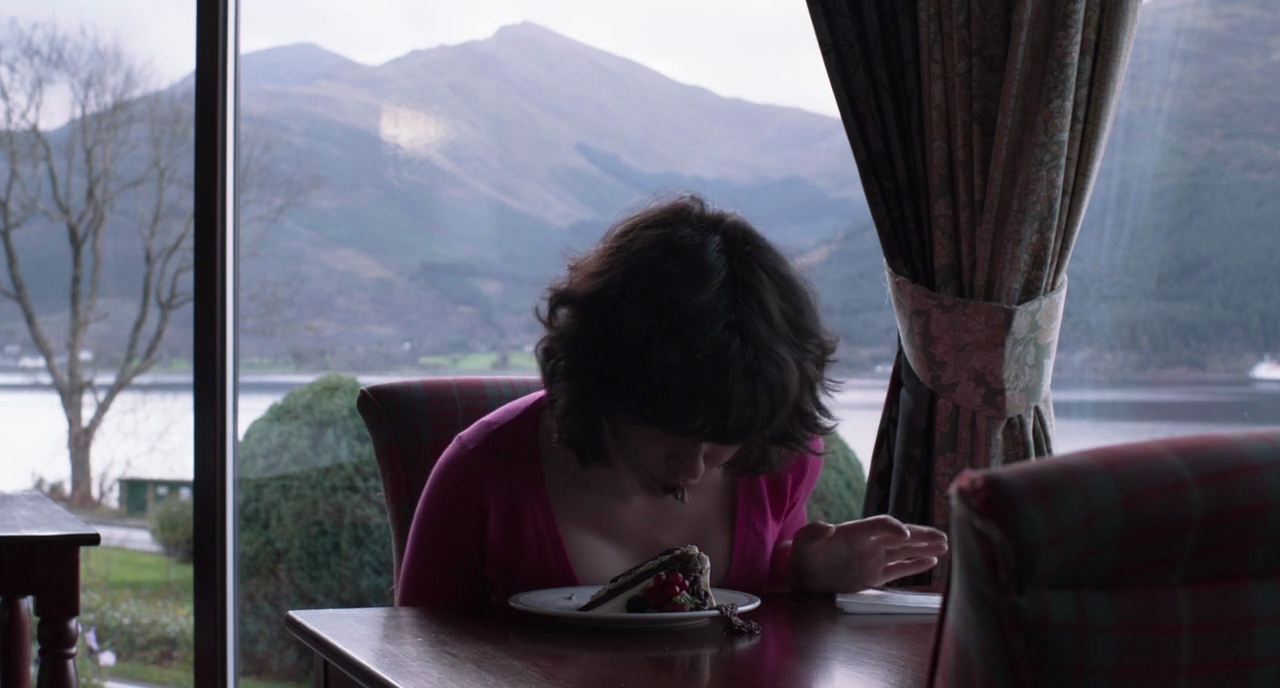 Email ThisBlogThis!Share to TwitterShare to FacebookShare to Pinterest
Labels: 2014, Hit Me With Your Best Shot, Sai Fai, Scarlett Johansson, Under the Skin