I've Fallen and I Can't Wake Up: Daymare Town 3 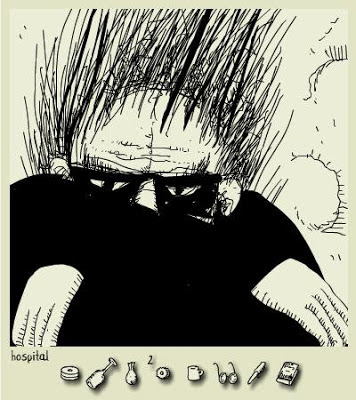 Every year, when summer turns to fall and the weather gets cloudier, I set aside a few hours for myself and run through Daymare Town 3. I can't remember how or where I learned of it (as is common with these apocryphal little Flash games), only that I found it at some obscene hour of the night and played it until I couldn't keep my eyes open anymore. 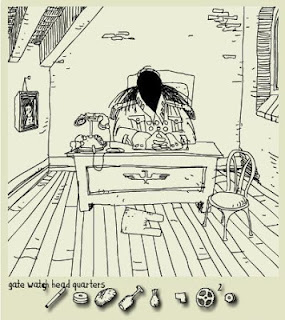 It's the sort of game that lends itself to obsessive, almost hypnotic play. Your objective seems straightforward enough: you've crash-landed your hot air balloon in a surreal village and need to escape. But the game is shot through with the logic of its titular daymare. Characters speak cryptically and issue indecipherable demands. There's a slew of items, many useless, most bizarre. Puzzles have elements that make sense on a pragmatic basis, but cohere in especially unusual ways. One notable example: feeding the captain of the guard a sleeping pill in order to steal his hat and fool his lackeys into letting you through a gate. Sure, but why did he accept medication from a stranger so readily, and why would you have known to steal the hat, and why are his guards stupid enough to forget what their superior looks like? Convoluted causal dynamics are no new thing to pixel-hunting adventure games, but only in this daymare do they feel acceptable, even organic. The puzzles never feel like cheats, but merely require some unconventional thinking, which leaves the solutions enormously satisfying. There's also a handful of achievements to unlock, and a unintuitive economic system, but they both feel like window dressing thrown in to disguise the game's true roots. 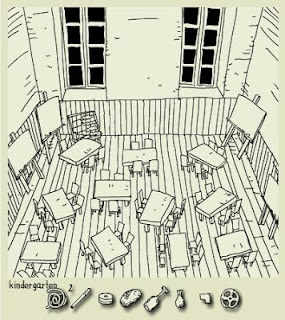 The mechanics and design of Daymare Town 3's gameplay work in exceptional tandem with its aesthetic. Daymare Town is ripe with heavily stylized Expressionist angles, rendering the interiors impossible and menacing. A kindergarten seems a hundred feet tall, and one ray of light illuminates next to none of a pitch-dark basement. Most of the lines are uneven, drawn freehand and with little regard to symmetry - every building looks off-kilter, groaning at its foundations. Music is almost entirely piano, with muted percussion thrown in on a couple of tracks, and a vast majority of the time you spend in the town is soundtracked by howling wind. Sound effects can be slightly jarring, notably the low electronic tones that sound every time you pick up an item or move from location to location. The game gives you the option to turn them off, which I would recommend. Daymare Town 3 lives and dies by its composition; without its schizoid images and minimal, minor-key sound, most of its impact would dissipate. The Submachine games, which strive for a similar atmosphere but fail to reach it because of undistinguished, unfocused art, are good examples of this. 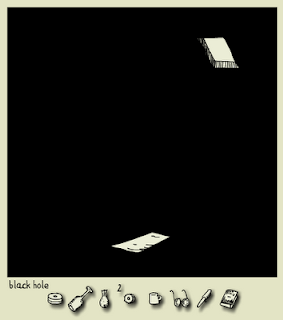 This is not to marginalize the writing of the game. Mateusz Skutnik is careful to paint Daymare Town as an unusual place, but not aggressively so. Much of the quirk in the game is subtle, and the game approaches a wide variety of tones: humorous, sinister, ominous, even a bit melancholy. There's an undercurrent of dry wit to Skutnik's presentation, between locations (a populous graveyard is called a "memorial park"), items (a catheter bag becomes "some liquid"), and dialogue (The Nurse: "Do not try anything stupid. I will put you down."). If this slightly daffy composure appears to stand at odds with the game's more human moments, like when you return an old widow's baby to her, they actually come together with surprising grace. All of these voices are reasonably accommodated by a world so foreign that the player is not entirely sure how to feel while exploring it. 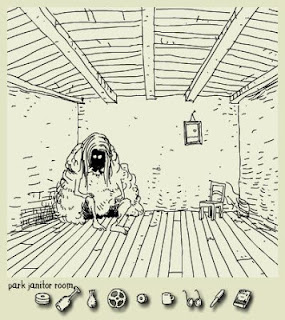 Daymare Town 3, customary of its medium, is fairly slight. If you're not a naughty cheater you'll probably finish your first play in about five hours. There's a pronounced mystery about it, however, that has kept me compelled even during my third trip through the village. Every consecutive replay feels fresh, rewarding, intriguing. With each new session, I find myself surprised by how few of the puzzles I remember, or how eerie the music actually is, or the double entendre tucked into a line of dialogue that once seemed like a toss-off. The details melt away over the course of a year, which is a quality to any linear adventure game's credit, but the feelings linger. 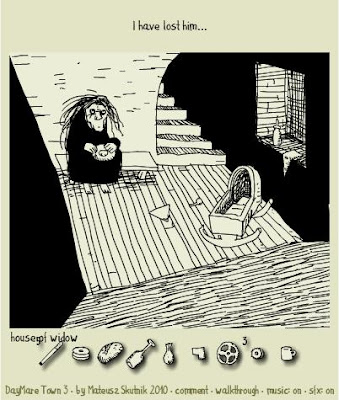 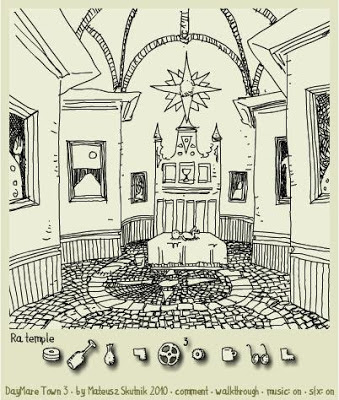 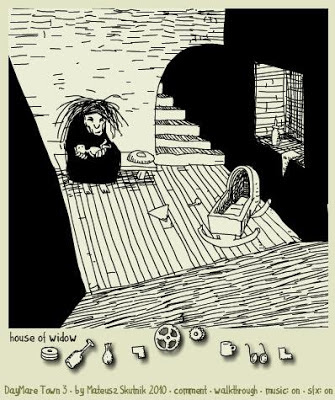