(Written for The Film Experience's Hit Me With Your Best Shot series. Thanks, Nathaniel!) 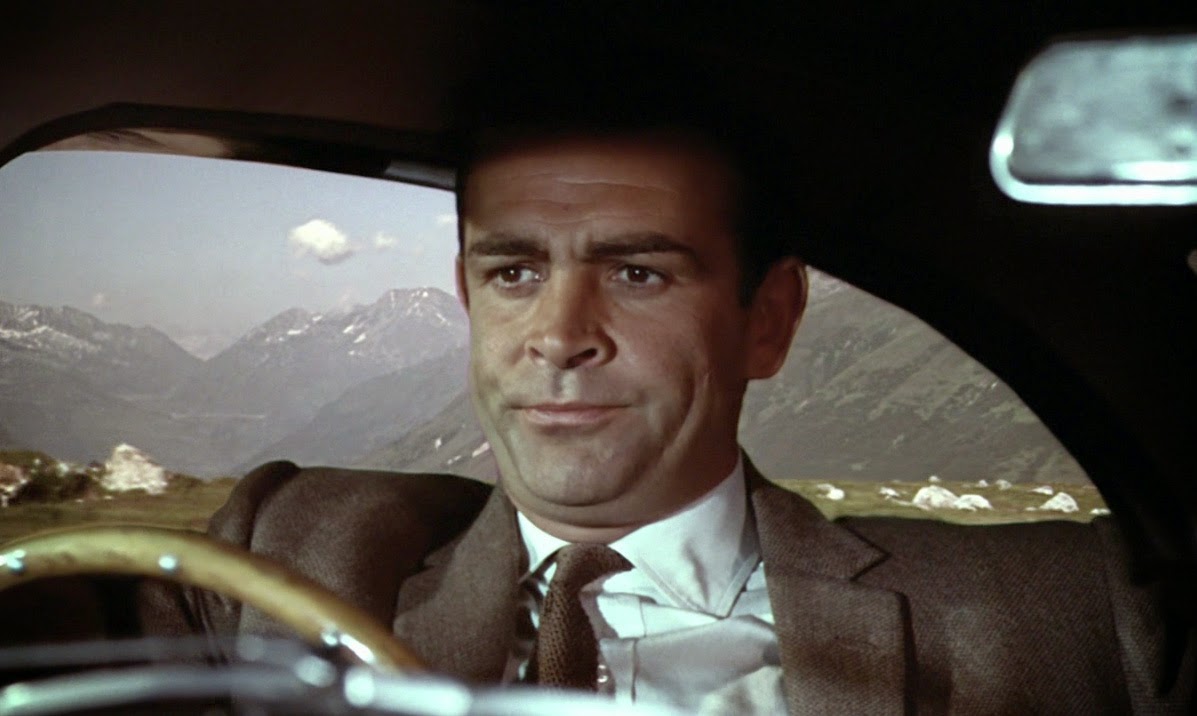 At their best, the early Bond movies make exceptional use of vertical space. The franchise's most striking visual qualities - its lavish set design and architecture, its bombastic aerial shots, the frequent use of picturesque international geography - are highlighted by expansive multi-layered compositions, often swallowing Bond whole. Refer to the dizzying use of crane during a rooftop brawl in You Only Live Twice (which, despite a certain Soderbergh's insistence, is easily the best Bond for my money), or The Spy Who Loved Me's immediately iconic cold open, in which Roger Moore rides that Union Jack parachute all the way down a snowy mountain into white nothingness. Roger Deakins even gets at this pattern in Skyfall, shooting a brief but beautiful fight sequence amidst the skyscrapers of Shanghai where frame after frame is filled with callbacks to the series' vertiginous tendencies: glass panels with clear vertical edges but indefinite bodies, screen images of jellyfish drifting upwards, and of course a long drop for Bond's would-be assassin.

Goldfinger is no exception. It isn't my favorite Bond movie from this decade, but it's definitely the one that set the visual standard for future installations. The foundations of this house style are most apparent in the Switzerland chapter of the film, as demonstrated by Deborah; Ted Moore stuffs his characters into those rolling green hills as often as possible, even mirroring that iconic sniper shot not five minutes after we first see it.

But my favorite shot in Goldfinger employs these principles while at the same time inverting them, stuffing Bond's unconscious body into a cramped space that nonetheless is full of detail: 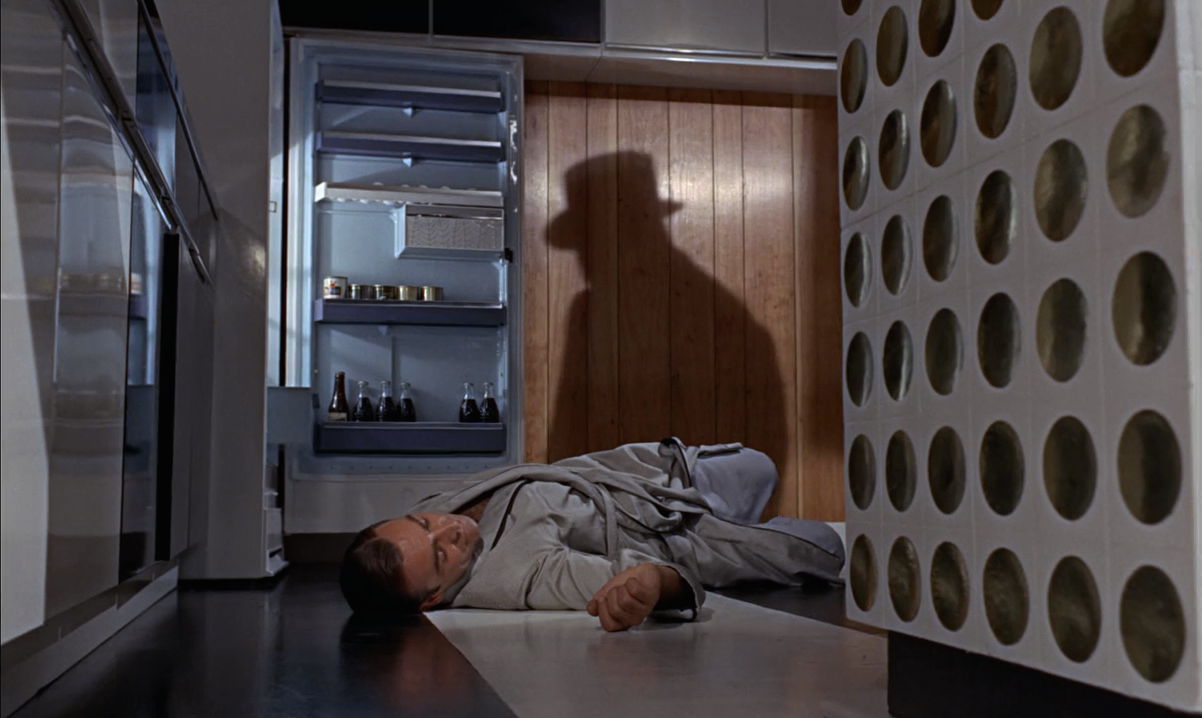 So many reflective surfaces! So much light! The little gold dots on that stove in the foreground are an especially charming touch. And the way Oddjob's shadow looms dead-center is so menacing. Considering this shot is meant to represent four or five feet of vertical space at most, the composition is unexpectedly busy. Bond occupies little of the frame here, a counterpoint to the equally robust but far more expansive frames he's typically placed in. He's absurdly prone, the first of numerous situations in Goldfinger where he's given the shitty end of the stick and asked to work his way out of bondage/imprisonment/ineffectuality. Perhaps his incompetence in this film is meant to foreshadow his fears of inadequacy in follow-up film Thunderball, expressed through this scene of him ambushed in a highly emasculatory way by recurring terrorist cell SPECTRE:

Nearly naked and being killed by what looks like an out-of-control buttsex machine? The worst possible way to go for a virile superspy.
Posted by Drew at 3:29 PM

Email ThisBlogThis!Share to TwitterShare to FacebookShare to Pinterest
Labels: Hit Me With Your Best Shot, James Bond